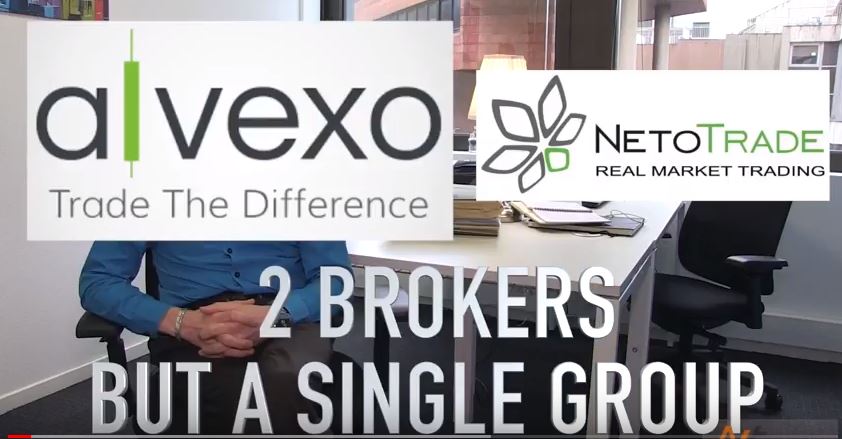 It is known Alvexo, a Cypriot broker authorized to solicit customers throughout the European Union. It is known Netotrade, a site inscribed on the black list of the French Financial Markets Authority, whatever the access to which is still not blocked in France. Actually, it is a single Israeli group, whose headquarters – ESN Global Media ltd is based in Ramat Gan, in the heart of the diamond district.

End of the years 2000, Israel enters the forex boom. Every week, call centers and new sites are created to seize their share of the pie. The gains of the upstarts sharpen the appetites of the newcomers.

The three musketeers of the Forex

This is how a team will be formed around Noam Moshe Hano. Hano is a veteran forex trader. For several years, he has been managing a call center, ESN Global Media, through which he operates the Alvexo brand, created in 2016. Noam Moshe Hano wants to develop ESN by creating new forex brands. In 2011, he joined forces with Shlomi Amsalem and Adir Aharoni. Together, they create Netotrade, owned by a company of which they are all three egalitarian shareholders: Trade Neto. But by giving to their company practically the same name as their website, they initially take the risk of being uncovered. They quickly fix this rookie mistake by renaming their company to Trade 246.

Trade 246 and ESN Global Media are settled at the same location: No. 5 Shoham Street, in the diamond district of Ramat Gan. The associates will also create over time a myriad of shell companies in tax havens, to hide from victims and authorities or to create new trading sites: Netotrade Gloabl Investment inBelize, NTGX in Anguila, Silver Group Ltd in Vanuatu  (owner of the TradeTime website which has a sulphurous reputation on the internet) …

A shock “french team” and a Powerful “Arabic desk”

The team is growing. Adir hires his little brother Dror. ESN recruits to form teams grouped by working languages. Khitam Massarwa was hired in 2011 to hunt Arabic-speaking candidates, especially Palestinian ones, in order to target the Arab countries. She was joined in 2012 by Alexandra Brudnik and Yuli Bar, two Israeli women of Bulgarian origin who were responsible for recruiting English-speaking and French-speaking candidates.

The “French Team” is expanding with the arrival of Franco-Israeli members, especially Lior Elie Mattouk, also known as Lior Matok for the social networks. Presenting himself to be a graduate of the Paris-Dauphine University, this native of the 20th arrondissement of Paris plays the Sales Representative-lecturers under the false name of Julien Cassel, charged with touting the Alvexo brand in trading fairs. Mattouk is quickly sent to represent the site on trading fairs. Bat El Azerad, an alumna of Playtech,  the Israeli-based online gambling multinational, is hired to coach and train new recruits.

From 2013, these investments have already brought back a lot of money. The capital flows into the accounts of the group Alvexo-Netotrade. At the discretion of the deposits, the atmosphere is more and more euphoric. The bosses decided to transfer one of their two brands to the European Union to buy a respectability. Shlomi Amsalem sets foot in Limassol, the Cypriot capital of the forex. He creates a joint venture, VPR Safe Financial Group Ltd and  successfully obtains a license to practice from the Cysec, the Cypriot stock-exchange gendarme. Cysec’s official functionaries, mostly former forex or future forex marketers, very generously grant this sesame, for the sole purpose of attracting this sulphurous activity on the island.

A local entrepreneur enriched in the construction industry is convinced to invest in the business and agrees to contribute 82% of the capital of the new company. Noam Hano and Shlomi Amsalem bring each one to equality the remaining 18%. Adir Aharoni is appointed director of the Cypriot subsidiary. The new team moves into the KPMG Center in Limassol, which once housed Saxo Bank headquarters and an obscure forex site targeting the Russian market, Tradernet. The new call center recruits locally and brings Arabic speakers from Israel. The marketing is run by an offshore company registered in Hong Kong and administered by a straw woman, Bnology. This entity is soon to open a subsidiary in France, France Safe Media, probably to buy advertising in this country.

The beautiful life of the Forex employees

This is the beginning of the golden age for the Alvexo-Netotrade group. The money of the victims flows. The   listing of Netotrade in the black list of the French Financial Markets Authority does not change anything. Moreover, netotrade.fr will never be blocked by the French authorities, whereas the Paris High Court would very likely give right to such request. In the euphoria, Alvexo makes some mistakes, which will allow one of the French victims of Netotrade to make the link between the two sites.

The Group’s managers take the practice of rewarding their best “financial advisers” with a Rolex watch, the emblem of the upstart pleased with him. The employee of the month poses proudly with his trinket. His face comes to replace that of Leonardo Di Caprio in an image extracted from the Wolf of Wall Street, the most cult film of the employees of forex.

ESN organizes team building after team building to make its employees forget the harm they do to their victims: buggy-safari in the dunes, canoe day, cocktails in rooftop in Tel Aviv, costume parties for the Purim feast… Trays of sushi pancakes and other pastries must keep the employees in a state of everlasting euphoria.

A Nebula of offshore and nontransparent companies

No cloud on the horizon until 2016 and the publication of the Panama papers from April 3, 2016. The online release of all documents of the firm Mossack Fonseca brings out the names of Shlomi Amsalem and Noam Moshe Hano. Together, they created two shell companies, NT Global Investment Consulting and NTG, registered in Anguila, a former English colony and a notorious non-cooperative tax haven. NT for NetoTrade, it seems. Worried, they have since moved to relocate their business to other jurisdictions.

In France too, the leaders of the group are a bit too exposed. On November 9, 2016, Shlomi Amsalem leaves the direction of France Safe Media, which he hands over to Yael Kleinman, an Israeli lawyer based in Limassol and recruited by VPR Safe Financial at the beginning of 2016. A few days before the publication of this article, it is Lior Elie Mattouk aka Julien Cassel, the commercial agent of the group in France, who was also appointed  manager of France Safe Media to replace Yael Kleinman. This decision officially aims for the company to “refine its business strategy”. Mattouk endorses this mandate by waiving any remuneration.

Despite these rather limited modifications, the leaders of the Alvexo-Netotrade group understood that they really could not be worried by the mass leakage of the Panama papers. They were able to continue to grow, creating in 2017 TradeTime, a broker designed mainly for the Arab world and  having a license to practice in Vanuatu, through Capital Process Ltd and  Silver Group Ltd.

Especially the three associates can continue to believe that they are safe because the most disturbing information has not been disclosed. For its IT infrastructure, Alvexo uses two liquidity providers: Leverates and Triple B.

These are subcontractors who execute the orders of their customers without the latter realizing it. The Israeli-Cypriot Leverates is well known. In Limassol, it is prosperous and highly respected. This is not the case for Triple B Group Corporation. It is impossible to know for sure where this company is situated. It could logically be a company registered in Panama, « Triple B Group Corp », formed in 2013 and directed by notorious straw-men.

They are all unfavorably known from the Panama Papers since their names are associated with thousands of phantom companies: Carlos Alberto Weand Ortiz, Cristino Guevara Salazar, Ricardo Manuel Cambra La Duke or the most prolific, Fernando Enrique Montero De Gracia, who has lent his identity to nearly 5 880 Panamanian companies.

If this Panamanian company is well the subcontractor of Alvexo, it means that the orders of customers of Alvexo, a broker installed in the European Union, are sent to a ghost company, on which there is no information and that cannot be controlled in any way. Why having recourse to such a nontransparent subcontractor? Is it because actually, the real owners of Triple B Group Corporation are the same ones as those of the Alvexo-Netotrade group? This would allow them to recover neither seen nor known the investments lost by their customers

Taking into account the links between Alvexo and Netotrade, BROKER DEFENSE requested to VPR Safe Financial Services at the beginning of May to refund the victims of Netotrade. In response, VPR contests our allegations, for which the Cypriot company claims to have filed a defamation complaint against us before the Paris High Cour